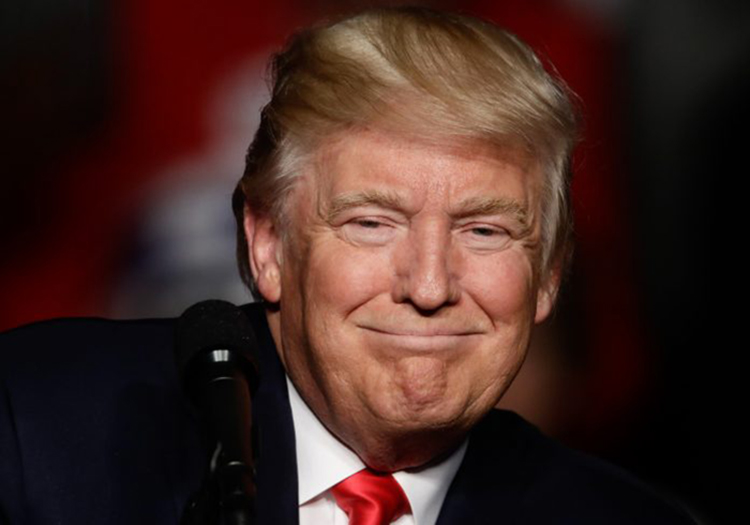 By the time a new president is inaugurated, following a long campaign and a hard-fought election, Americans — and the world — know a lot about him. Add to that President-elect Trump’s high profile before he ran for office, and you might think there’s nothing left to learn. But here are five little-known facts about the 45th U.S. president:

Once he is sworn in, Trump will join Ronald Reagan as the two U.S. presidents with stars on the Hollywood Walk of Fame, the celebrated sidewalk in California that honors more than 2,500 notable achievers in the entertainment industry. Trump was honored in 2007 for his work on his reality-television show, “The Apprentice.” Reagan received his star in 1960 for his acting career before he entered politics.

Decades ago, Trump said he didn’t like to shake hands because he is a “clean hands freak.” But learning to overcome that distaste on the campaign trail wasn’t hard. “I’m a politician,” he said during the campaign. “Can you imagine if I said I won’t shake anybody’s hand?” As president, he will likely shake 65,000 hands every year.

Trump told Forbes that his first income came when he (above, on the left) and his brother (above, on the right) collected discarded soda bottles on the construction sites run by his father, a New York builder. The empty glass bottles could be exchanged with the distributor for a few cents each. “It was probably equal to a below-average allowance,” Trump said.

Mogul on the move

The Secret Service, tasked with the president’s security, gives nicknames to designate the president, as well as each member of his family. Every first family’s nicknames begin with the same letter. President-elect Trump’s nickname is Mogul. The next first lady, Melania Trump, is Muse, and daughter Ivanka’s nickname is reported to be Marvel.

Trump’s favorite movie is the 1941 Citizen Kane, which tells the story of a larger-than-life newspaper baron. “I think you learn in Citizen Kane that maybe wealth isn’t everything. Because he had the wealth, but he didn’t have the happiness,” Trump said in a 2002 video interview.