Home الصفحة الرئيسية / News & Events / Ambassador Haley: U.S. will not be told where to put embassy 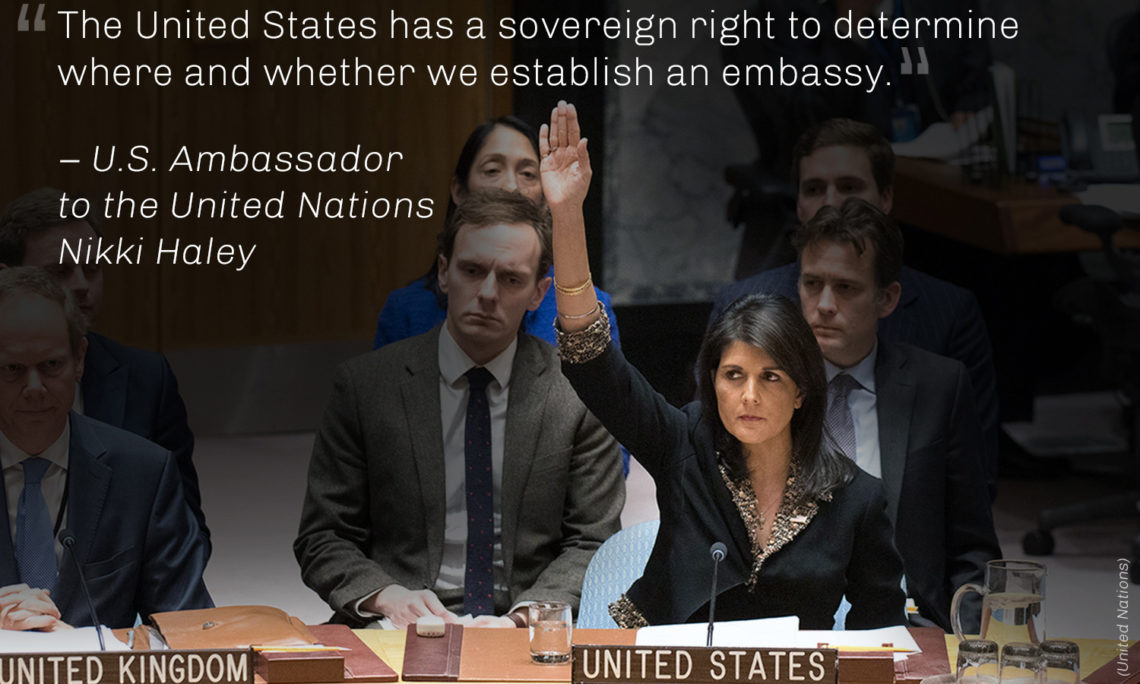 Our Ambassador to the UN Nikki Haley explains to the Security Council why the U.S. has the sovereign right to place its embassy wherever it desires.

“Jerusalem has been the political, cultural, and spiritual homeland of the Jewish people for thousands of years. They have had no other capital city,” U.S. Ambassador to the United Nations Nikki Haley said December 18.

Haley made those remarks in her explanation of why the U.S. vetoed a draft U.N. Security Council resolution that would have called on the U.S. to withdraw its recognition of Jerusalem as the capital of Israel.

When President Trump announced December 6 that the U.S. recognized Jerusalem as Israel’s capital, he set in motion a plan to move the U.S. Embassy there. The draft U.N. Security Council resolution that the U.S. vetoed would have called on all governments “to refrain from the establishment of diplomatic missions in the Holy City of Jerusalem.”

“The United States will not be told by any country where we can put our embassy,” Haley said.