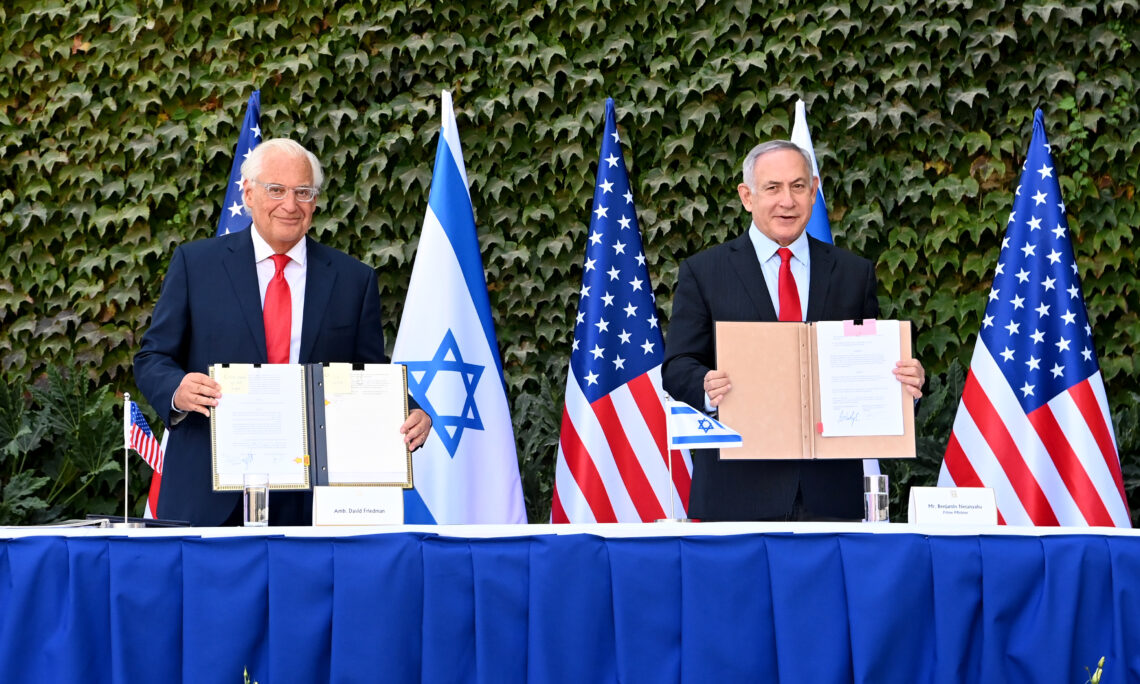 Mr. Prime Minister Benjamin Netanyahu, Minister of Science and Technology Yizhar Shai, Mayor of Ariel Eli Shaviro, Minister of Regional Cooperation Ofir Akunis, Ariel University President Yehuda Danon, so many other distinguished guests in attendance and of course all those who are participating virtually:

In the early 1970’s, nearly 50 years ago, the United States of America and the State of Israel began to formalize academic, research and technological cooperation in the fields of science, industry and agriculture.

Together, BSF, BIRD and BARD have, and continue to be, tremendous successes. As Aryeh [Lightstone] said 1.4 billion dollars invested, grants given to US and Israeli companies and academic institutions in numerous fields of science and technology. These grants have provided both countries with an enormous return on investment.

A couple of years ago, after hearing so many wonderful things about these three foundations and trying to envision how we could do even more, I asked to see copies of the three respective agreements. What I read surprised and candidly disappointed me.

Each agreement, while providing for unprecedented advancement and cooperation, contained the following language, and now I will quote:

“Cooperative projects sponsored by the Foundation may not be conducted in geographic areas which came under the administration of the Government of Israel after June 5, 1967, and may not relate to subjects primarily pertinent to such areas.”

Now, to be clear, these agreements were made with wonderful intentions and have yielded outstanding results. But, nonetheless, I was disappointed that three agreements devoted to academic and scientific growth were subject to political limitations that did not serve the goals sought to be achieved.

These geographic restrictions no longer comport with our foreign policy. Under the Trump administration, and in particular what’s come to be known as the Pompeo Doctrine, we no longer view communities in Judea and Samaria as per se inconsistent with international law. And, perhaps even more important, in the spirit of the Abraham Accords, we place great value on academic, cultural, commercial and diplomatic engagement as the best path to peace, whether between Israel and its neighboring states, or between Israel and the Palestinians. Plainly, this geographic restriction within the three agreements was an anachronism. It had no place within our evolving region – a region which under the Trump Administration is continuously advancing the cause of peace in a new and exciting ways.

So I began a process in motion over a year ago to change this – to delete the single offending sentence from each of the BIRD, BARD and BSF agreements. Sounds simple? Not exactly.

I was working then with the then Minister of Science and Technology Ofir Akunis. We thought we get this done in a few weeks, but amending these types of international agreements, at least in the United States, involves an inter-agency process with numerous branches of Government. So it took a bit of time. But I am pleased to say that while there were many, many approvals that we needed to obtain to change these agreements, there was absolutely no policy pushback from any source.

So we’ve gotten all the approvals that we need and here we are today – at a first rate academic institution that stands to benefit directly from this amendment – and we will sign a revision that will eliminate the geographic restriction that prohibits the funding of American and Israeli joint research, development and cooperation over the Green Line. We are righting an old wrong and strengthening yet again the unbreakable bond between our two countries.

We also are signing today a brand new Science and Technology agreement that will elevate Government to Government cooperation and coordination to the highest level in unprecedented ways, and of course, this agreement as well will have no geographic restrictions.

So let’s just sum up what is happening today: We have entered into wonderful new Science and Technology Agreement between our two governments and we are embarking upon a new way of doing business. To be sure, we will still invest funds based upon the quality of the technology, the aptitude and character of the scientists and the capacity of the invention to improve lives – we just won’t be making decisions based upon the inventor’s postal code. We are de-politicizing a process that should never have been political in the first place.

I couldn’t be happier or more proud to sign on behalf of the United States the amended and corrected BSF, BIRD and BARD agreements as well as the new Science and Technology Agreement.

Thank you very much.