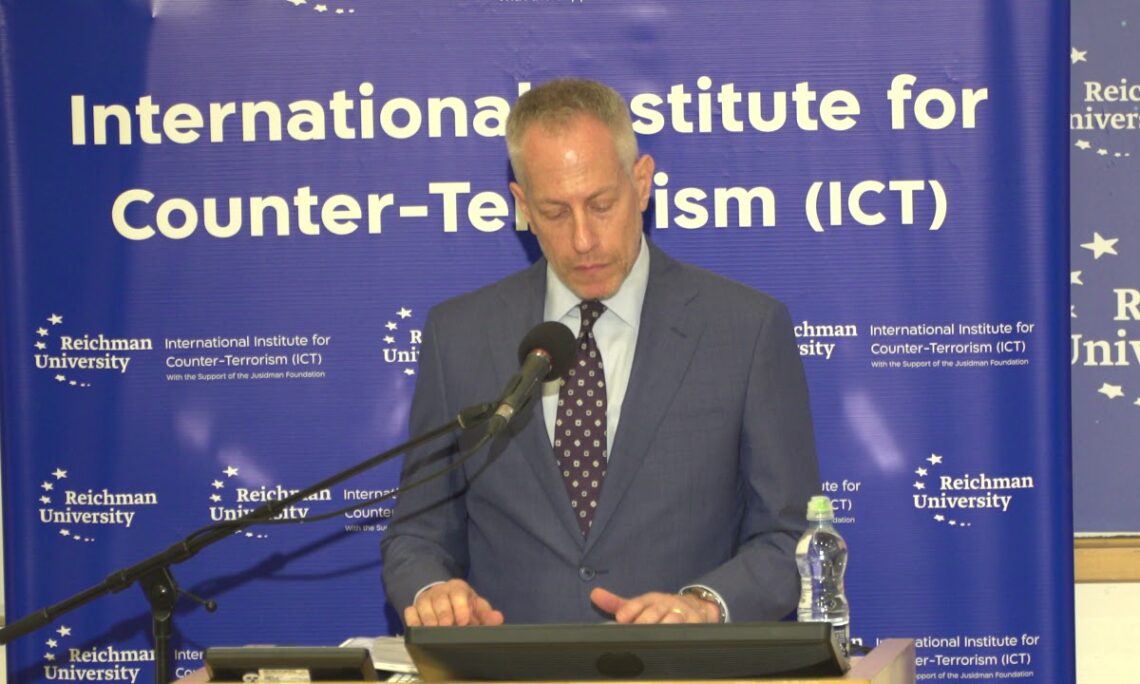 Allow me to start by thanking the Institute for Counterterrorism for making this memorial ceremony an integral part of its annual international conference.

I am not an expert on counterterrorism.

But many of you most definitely are, and the work you are doing to create a safer world does honor to all those whose lives were lost to the scourge of terrorism, and to their families who are still among us.

On behalf of the United States government, I want to thank you for that work.

As you gather in the next few days to discuss policies and strategies for countering terrorism, we must never lose sight of why we are here.

Too many lives have already been lost – and continue to be lost – to despicable acts of terrorism.

Of course, the date of this conference is no accident. That’s because September 11, 2001 remains a date seared in America’s collective memory, and in the global consciousness.

It is a day of immense human tragedy, which we now also recognize as a turning point in the psychology of many Americans, and in my country’s approach to securing our homeland.

Of course, terrorism in its modern incarnation started well before September 11, and it sadly continues to this day.

So, while we remember the nearly three thousand innocent lives taken from us in the attacks on the World Trade Center and the Pentagon, and on United Airlines Flight 93, we should also use this day to remember the lives of all victims of terrorism.

And to rededicate ourselves to ensuring that such horrific violence never befalls us again.

Americans recognize that the people of Israel have experienced the unspeakable horror of terrorism many times in the short history of this country.

The State of Israel has withstood terrorist attacks and defended its people with tremendous courage and often at great cost.

The United States has profound respect for that sacrifice and remains steadfast in our support for Israel’s right to defend itself against terrorist threats.

But no act of terrorism, not on September 11, not ever, has succeeded in undermining our values or weakening our societies.

Americans, like Israelis, continue to embrace fundamental liberties, and not fear.

Now, my intention today was not to talk about Afghanistan, but for obvious reasons, I think it’s worth saying a few words.

As everyone in this room knows, the United States completed its military withdrawal from Afghanistan just as the twentieth anniversary of the September 11 attacks approached.

Afghanistan was our longest war, and one born of the urgent need to stop terrorists before they reached our borders.

The success of the United States and its allies against al-Qa’ida and its leaders, particularly killing and capturing those who planned the attacks of September 11, today gives us a clear-eyed view of how we deal with current threats.

Our experience reinforces the need to maintain pressure on al-Qa’ida and other terrorist organizations.

And our experience also shows that we can fight terrorism without a permanent military presence, that we can deal with the potential threat of terrorism from Afghanistan, just as we deal with terrorist threats elsewhere, including Yemen and Somalia and Syria and across the Maghreb.

The United States has been successful in suppressing the terrorist threat to the U.S. homeland from those countries without maintaining a permanent military presence on the ground.

So, it would be a gross misunderstanding to view the events in Afghanistan as a lack of U.S. resolve, or a lack of will to work hand in hand with our partners around the world.

We remain committed to countering violent extremism across the region, and the Global Coalition to Defeat ISIS is a testament to what we can accomplish.

The 83-member Coalition has worked persistently since 2014 to reduce the threat ISIS poses to international security and to our homelands.

So, even as we have withdrawn our military from Afghanistan, we continue intensive cooperation with our allies and partners, and we remain vigilant against the potential re-emergence of terrorist threats emanating from Afghanistan and elsewhere, including from ISIS and its affiliates.

Beyond the military campaign against terrorism, the real triumph of the Coalition’s effort has been diplomacy – organizing a worldwide network to stop ISIS’s illicit financing, ending the flow of foreign terrorist fighters, and discrediting ISIS’s bankrupt ideology and hateful message.

Addressing our shared challenges together is in all our interests.

And we confront those challenges by maintaining powerful ties with each of our Middle East partners – and I consider Israel foremost among them.

These partnerships have been built over decades of collaboration, trust, and shared values that bond the United States and the region – and to Israel in particular.

By making Israel part of CENTCOM’s area of responsibility, we are placing our closest regional ally at the center of a set of vital regional partnerships which are increasingly aligned in their perception of regional threats.

And at the center of that threat perception is obviously Iran.

President Biden addressed this in the recent visit of Prime Minister Bennett to the White House, and made clear that we are committed to working with Israel to counter that threat, even as we remain committed to ensuring that Iran never obtains a nuclear weapon

Make no mistake – we will continue to work together to advance and to strengthen regional security, including curbing Iran’s destabilizing behaviors in the region and beyond, its threats to maritime security, its ballistic missile programs, and ensuring Iran does not obtain a nuclear weapon.

Now, before I leave you, I want to thank Professor Ganor and the ICT for all you do to advance professionalism in the field of counterterrorism, and for your contributions to making our world more secure.

I have to mention that for the seventh year in a row, the Institute is hosting a U.S. Army War College fellow—let me say hello to Lieutenant Colonel Magennis, who I think is speaking next.

And the ICT regularly contributes to the professional development of American service academy graduates who study here for graduate degrees in security studies and counterterrorism.

We are grateful for this partnership. Your work contributes in profoundly meaningful ways to our vital and collective efforts to fight against terrorism globally.

And your work also helps ensure that none of us sees another September 11.

CDA Ratney: “No act of terrorism, not on September 11, not ever, has succeeded in undermining our values or weakening our societies. Americans, like Israelis, continue to embrace fundamental liberties, and not fear.” For the full speech: https://t.co/Kl0X6ljog9 pic.twitter.com/yS6HwBugoh