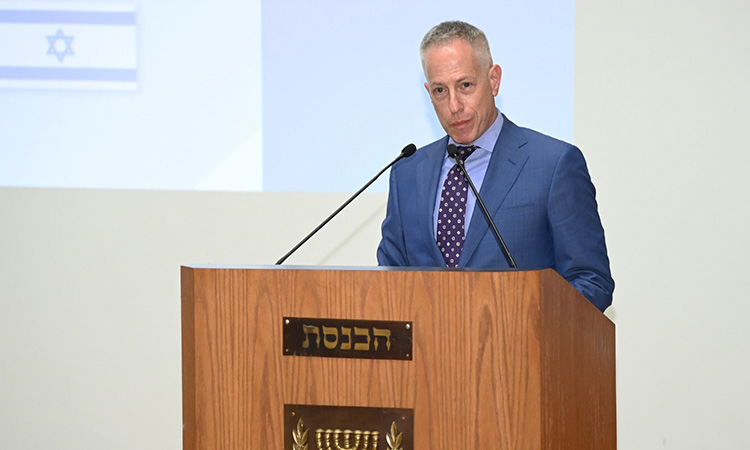 I’m really delighted to be here in Jerusalem to celebrate the Abraham Accords.

I want to acknowledge our gracious hosts, Knesset members Ofir Akunis and Ruth Wasserman Lande, for this initiative. And let me say how wonderful it is to be here with Israeli leaders, and of course with my diplomatic counterparts from the UAE, Bahrain, and Morocco.

Simply put, what you have accomplished together over the past twelve months has been inspiring.

I’ve been an American diplomat in the Middle East long enough to remember how hard it was to travel in the region, not just if you were an Israeli, but even if you were an American with any trace of travel to Israel in your passport.

But now you can go to Ben Gurion Airport, and on some days choose from six non-stop flights to Dubai. Or flights to Abu Dhabi, to Manama, to Casablanca, as well as flights to Cairo and Amman.

Those flights represent the sort of real human interaction, and the genuine regional economic integration, that we all dreamed about in the years since Camp David in 1979. And for those who are old enough to remember, in the years since Israel’s founding.

People are now benefiting in tangible ways from the Abraham Accords, and from all that those accords have made possible. Trade and investment are booming, creating new economic opportunities. Aviation links are expanding. Cultural programs are bringing people together. Academic and civil society ties continue to expand.

Israeli tourists have flocked to the UAE in record numbers. Your participation in Expo 2020 in Dubai showcases the best of Israeli technology to new markets alongside the United States and partners from around the world.

In September, Foreign Minister Lapid opened the Israeli embassy in Manama and visited the headquarters of the U.S. 5th Fleet there. This week he will participate in a trilateral meeting with the U.S. and the UAE in Washington.

The circle of peace created by the Abraham Accords also has positive effects beyond the Middle East. Israel now enjoys diplomatic relations with Kosovo, which established its embassy right here in Jerusalem.

And Israel is also deepening its historic cooperation with its neighbors, Jordan and Egypt, to provide greater security and prosperity for the region.

I believe the Abraham Accords represent not an end in itself, but a very auspicious beginning. We should all recognize the contributions and dedication of those who helped bring Israel and the region to that beginning.

The Biden Administration now continues working to expand normalization efforts, to deepen Israel’s existing relationships, and to bring new countries into the fold.

And alongside those new relationships, we hope to see progress on creating the conditions for a viable two-state solution for Israelis and Palestinians.

It’s true that much of this feels very new. But I’m increasingly struck by how this is also all starting to seem very normal. And maybe normalness can be one of the greatest benefits of normalization.

Neighbors in the region, now partners, meeting, discovering each other, finding opportunity, working together, making friends.

•We look forward to building on this progress in the months and years ahead – establishing new partnerships, deepening relationships, lowering barriers, bolstering security, connecting the region, connecting this region to world.

And letting people – real, normal people – see the benefits of peace for themselves.

That is not just a fanciful vision of a better Middle East. It’s a reality.

Thank you all very much.