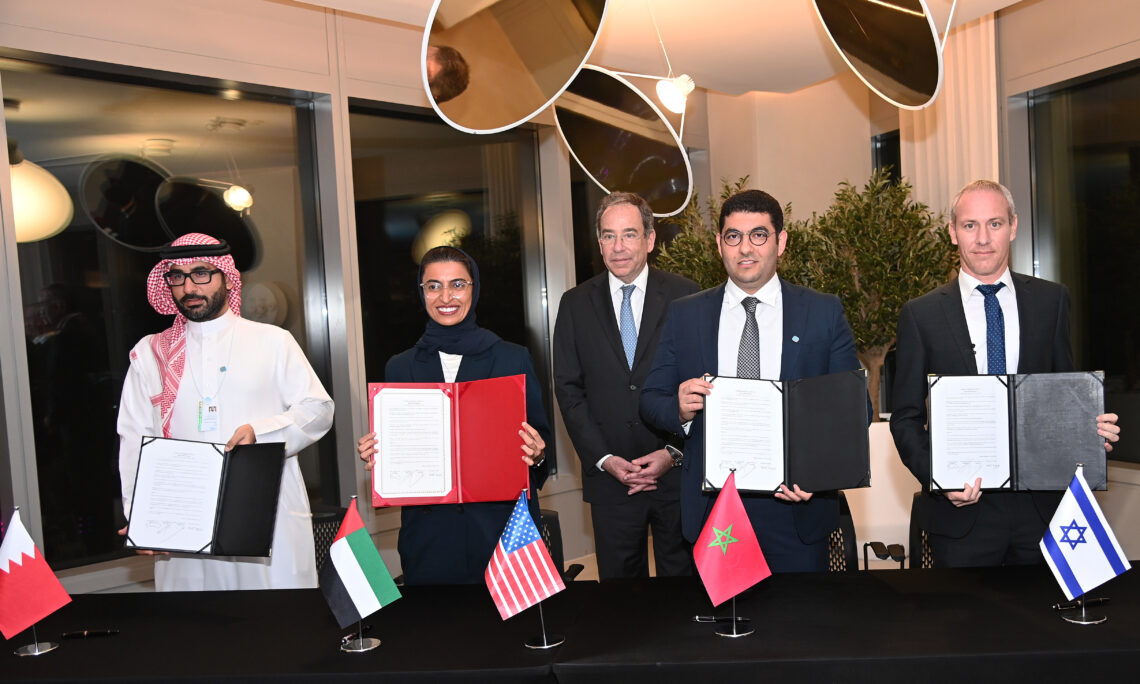 The delegation will visit the respective national pavilions of the United States, Israel, UAE, Bahrain and Morocco at the Expo and will partake in cultural activities that honor the talents and traditions of each nation:

· Cultural Cooperation Declaration: The dinner will be followed by a signing ceremony for the Culture and Sport for Peace Joint Declaration between the Abraham Accords countries, which will set the stage for future collaborations.

Since the United States successfully brokered the Abraham Accords bilateral peace agreements between Israel and the UAE and Bahrain, and helped Israel and Morocco re-establish ties, there has been a blossoming of tourism, trade and cooperation between these nations. The agreements continue to be transformational in the region as a means of bolstering trade and economic ties and connecting people.

Per UAE Ambassador Mohamed Al-Khaja: “This event is part of a broader effort – whereby ongoing sports, food and cultural events serve as cement to form strong people-to-people ties between the signees of the Abraham Accords. Strong peace is based on strong relationships between the citizens of the Abraham Accords countries. We want to see the people get together to play, eat, form partnerships, friendships and have fun together.”

During the announcement of the visit, Ambassador Nides said: “As these benefits continue to grow, so do the bonds between people. The Abraham Accords Festival and Games at the Expo is an opportunity to forge long-lasting connections between athletes, restauranteurs, and other doers and makers who have created such vibrant societies in the UAE, Israel, Morocco and Bahrain. This is what peace looks like.”