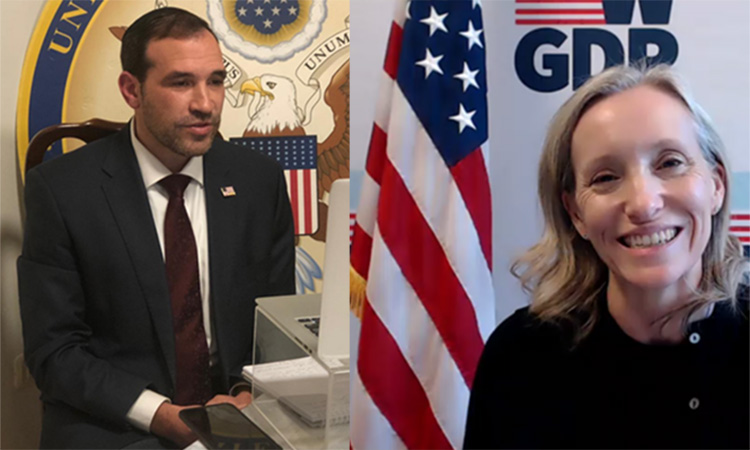 Following the signing of the Abraham Accords in September 2020, signatory parties have worked to establish across the region a warm peace, inclusive of all, and to develop new cross-country economic partnerships. In pursuit of those goals, the advancement of women’s economic empowerment has come to occupy a role of central importance.

The United Women’s Economic Development Network will provide a platform for building ties and trust among women in each country, deepening the greater regional cooperation promised by the Abraham Accords and bringing the economic benefits of normalization to businesswomen and leaders in Abraham Accords countries and other likeminded countries. The Network will also advance women’s economic empowerment and entrepreneurship, a major facet of U.S. foreign policy, in line with the White House-led Women’s Global Development and Prosperity (W-GDP) Initiative.

Special Envoy for Economic Normalization Aryeh Lightstone welcomed the group of approximately 40 women to the event, noting that in business you look for trends, and trends on women’s economic empowerment are positive. He also noted that the Abraham Accords countries are ascendant and female entrepreneurship in those countries has unlimited potential. Lightstone closed by stating that the women leaders at the event today are building directly on the Abraham Accords and translating it into tangible and sustainable benefits that will reach all sectors of society.

In her remarks, Ambassador-at-Large for Global Women’s Issues Kelley Currie applauded Marwa Al Mansouri, an Emirati entrepreneur and board member of the UAE’s Economic Collaboration Committee, and Netta Korin, co-founder of Israel’s largest blockchain infrastructure company Orbs, for founding the network, which will complement U.S. objectives under W-GDP and contribute to lasting peace across the region. The launch of the Network also builds on the announcement last week of the DFC’s W-GDP 2X MENA initiative, launched in Morocco by Ambassador Currie and DFC SVP Wallace.