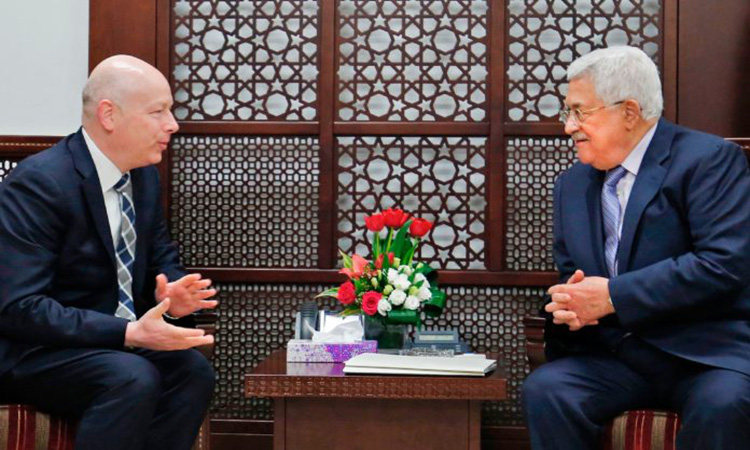 By ShareAmerica – Jun 15, 2018
In a recent essay published in both Arab and Israeli news outlets, Assistant to the President and Special Representative for International Negotiations Jason Greenblatt identified “an opportunity for peace at hand,” but also called upon Palestinian leadership to break with unhelpful rhetoric, false claims and violent actions that pose obstacles to peace.

Greenblatt identified similar obstacles to U.S. efforts to supply humanitarian assistance to the people of Gaza.

Greenblatt pointed to Palestinian claims regarding the recent Gaza marches, which sought to breach a border fence with Israel and launch attacks against Israeli civilians. Contrary to the assertions of Palestinian negotiator Saeb Erekat, who alleged “ethnic cleansing,” a “massacre” and “savage” Israeli attacks, Greenblatt noted that over 80 percent of marchers killed were not non-violent protesters but rather Hamas operatives.

Greenblatt also referenced the recent “significant escalation of rockets” fired by Hamas and other militant groups into Israel.

One result of the recent rocket attacks was a misfire that, rather than landing in Israeli civilian areas, instead destroyed one of Gaza’s power plants and worsened power shortages in Gaza.

The U.S. envoy reiterated the need for countries to deliver humanitarian assistance, but noted that the Palestinian Authority refused to attend a White House meeting held in March to plan assistance efforts.

Greenblatt contrasted Erekat and other “officials repeating the same talking points” with the many Palestinian voices he has heard in private discussions during his 16 months as U.S. envoy. These new voices and perspectives, he wrote, may be needed to achieve peace. But many, he added, are afraid to speak out publicly.

“We are trying to help create a free and thriving society for Palestinians,” Greenblatt wrote, one “where freedom of speech is cherished.”

The special representative reinforced President Trump’s proclamation that America recognizes that specific boundaries of Israeli sovereignty in Jerusalem must be determined in final status negotiations between Israel and the Palestinians. Similarly, the U.S. “continues to support the status quo at the Temple Mount, also known as Haram al-Sharif.”

The U.S., Greenblatt concluded, remains the critical interlocutor for the peace process.
However, “The notion that Israel is going away — or that Jerusalem is not its capital — is a mirage.”