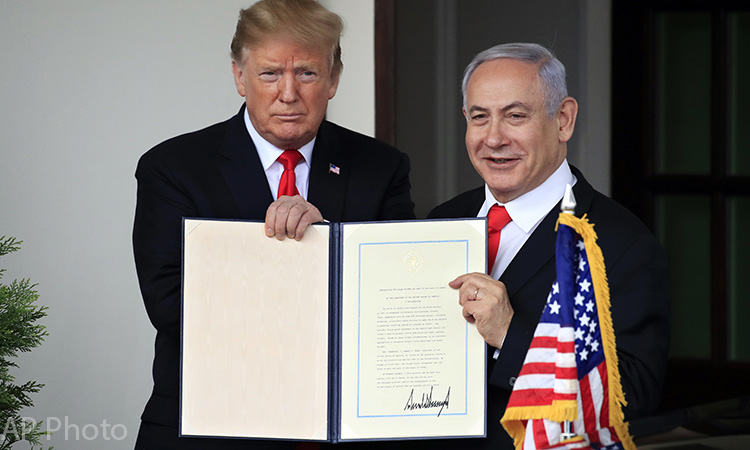 The State of Israel took control of the Golan Heights in 1967 to safeguard its security from external threats.  Today, aggressive acts by Iran and terrorist groups, including Hizballah, in southern Syria continue to make the Golan Heights a potential launching ground for attacks on Israel.  Any possible future peace agreement in the region must account for Israel’s need to protect itself from Syria and other regional threats.  Based on these unique circumstances, it is therefore appropriate to recognize Israeli sovereignty over the Golan Heights.

IN WITNESS WHEREOF, I have hereunto set my hand this twenty-fifth day of March, in the year of our Lord two thousand nineteen, and of the Independence of the United States of America the two hundred and forty-third.