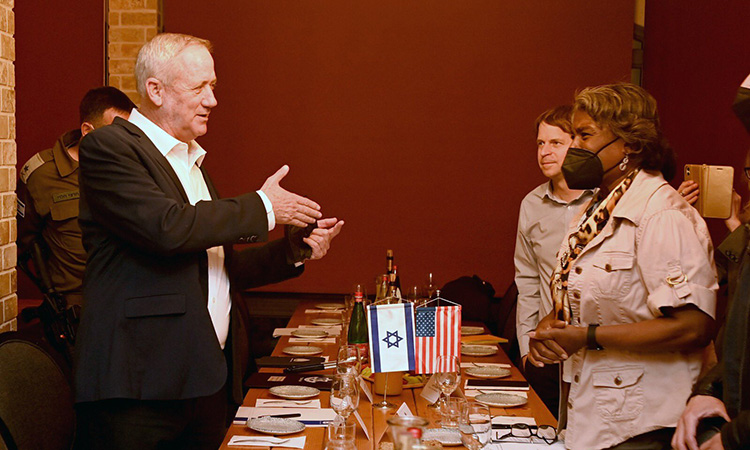 The below is attributable to U.S. Mission to the United Nations Spokesperson Olivia Dalton:

U.S. Ambassador to the United Nations Linda Thomas-Greenfield met today with Israel’s Defense Minister Benny Gantz in the Galilee. Ambassador Thomas-Greenfield expressed the United States’ ironclad commitment to Israel’s security, including efforts to curb Iran’s regional aggression and the replenishment of Israel’s Iron Dome missile defense system. Ambassador Thomas-Greenfield and Minister Gantz also discussed expanding upon the Abraham Accords and lowering tensions between Israelis and Palestinians, including avoiding unilateral actions that undermine the prospects of a two state-solution such as settlement activity and home evictions. The two leaders expressed support for a strengthened UNIFIL mandate, and addressed the importance of Sudan’s returning to a civilian-led transition.