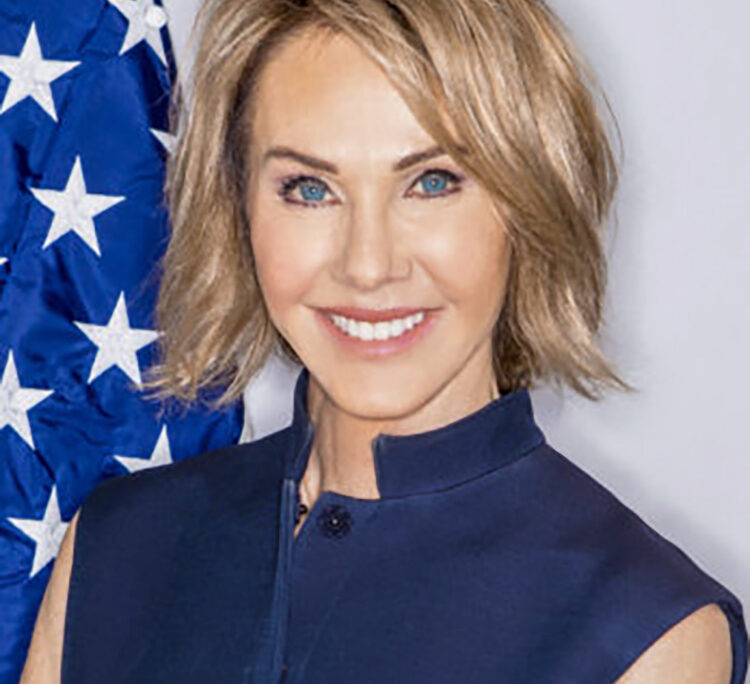 Thank you, Djani. Thank you, Mr. Mladenov, for your briefing. As always, we appreciate you and your team’s impartiality as you work to address this conflict. It is not often that I have the opportunity to discuss genuinely good news during these meetings, and I have the pleasure to do that today.

As many of you know, on August 13, President Trump announced the Abraham Accords, the most significant step toward peace in the Middle East in over 25 years. This historic agreement to normalize relations between Israel and the United Arab Emirates advances peace in the Middle East. It is a testament to bold diplomacy and the courage of the United Arab Emirates and Israel to chart a new path that will unlock the great potential of the region.

The leadership and foresight of President Trump, as well as Prime Minister Netanyahu and Crown Prince Mohammed bin Zayed made this momentous achievement possible. Opening direct ties between two of the Middle East’s most dynamic societies and advanced economies will transform the region by spurring economic growth, enhancing technological innovation, and forging closer people-to-people relations.

Direct military cooperation will benefit the entire region by countering the threat posed by Iran’s destabilizing activities in the Middle East and beyond. For years and up to today, Iran has defied international law by breaking the UN’s own weapons ban, providing militias and terror groups with the firepower to kill and maim men, women, and children across the Middle East. While members of the Council are so far unwilling to confront this daily threat to peace and security, the United States stands by the Arab world and Israel, as we work to maintain an arms embargo on the murderous Iranian regime

We believe that more Arab and Muslim countries will follow the United Arab Emirates’ lead and normalize relations with Israel. And as we convene here today, Secretary Pompeo is in the region to promote further efforts toward peace, including discussions with Israeli and Emirati leadership about building on this historic breakthrough.

I know the Palestinian leadership has been vocally opposed to this agreement arguing that it “neglects Palestinian rights.” But let me be clear, by no means is the intention of this agreement to ignore the Palestinian people – in fact, it is just the opposite. We hope that this courageous step by the Emiratis will give the Palestinian leadership positive momentum to reengage in negotiations with Israel to end their conflict. So much progress on defining the parameters of a settlement has been achieved in years past, as Israeli and Palestinian negotiators compromised with one another in pursuit of peace. The sides must continue in a spirit of goodwill, which we have already yielded peace for millions of people in the Middle East.

Arab nations making peace with Israel does not diminish the need for peace with the Palestinians. America wants to see peace between the Israeli and the Palestinian people. Trump Administration’s blueprint for peace is a testament of earnest concern.

For too long, the approach toward Israeli-Palestinian peace has been to repeat tired talking points promoting unrealistic and outdated ideas about a solution to the crisis. And there is, of course, outside tangible interference, such as Iran, which supplies weapons and financial support to the terrorist organization Hamas that rules the Gaza strip. Other nations also play a role in perpetuating the Israeli-Palestinian conflict. These activities sap the Palestinian leadership in the West Bank from being able to properly care for the Palestinian people and damage the prospect of peace and future prosperity.

The international community must use the recent positive events to break out of this cycle and demand actionable change in the region. The lives and futures of both Israelis and Palestinians depend on it.

I believe that the Palestinian leadership owes it to their people to look forward instead of looking back. Change is often difficult; however, things are only going to continue moving forward. And we hope that other Arabs states can build on this agreement between the UAE and Israel, and support the Palestinians to do the same.

In conclusion, Mr. President, I understand that many of our colleagues in the Council plan to raise the issue of the arms embargo on the Islamic Republic of Iran in their remarks today. If they do, I would strongly encourage all of them to explain to the Iranian people why they are empowering a regime that brutalizes them, the Iranian people, and crushes their freedoms and crushes their aspirations. Explain to their friends in the region why they are turning their backs on them and ignoring their well-founded concerns. Explain to the Israelis and Palestinians, the Yemenis, the Lebanese, the Iraqis, the Syrians, and all the citizens of the Middle East why they think it is a good idea to allow the world’s largest state sponsor of terrorism to gain access to modern weapons systems. Explain why they want to empower Iran to strengthen Hizballah, strengthen the Houthis, strengthen the Assad regime. Explain to their own citizens why they opposed Council action in the form of a straight-forward resolution to stop Iran from buying and selling weapons – an action that makes us all less safe. Explain to the world why they are lending support to Tehran to continue to sow violence and chaos across continents when Iran is clearly in violation of its commitments. I’d be interested to know, and I’m sure those listening today would be interested as well.