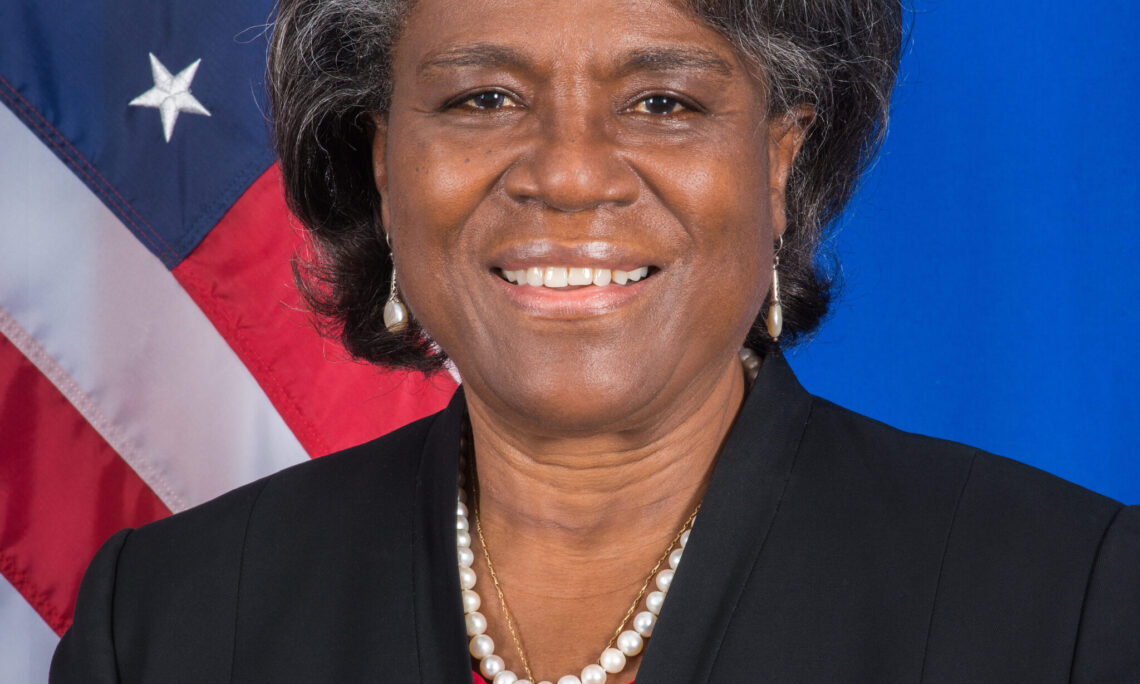 Thank you, Mr. President. And thank you, Special Coordinator Wennesland for your briefing. And I thank briefers Hanan Ashrawi and Daniel Levy for sharing your views with us today. I welcome the participation of the Observer State of Palestine’s Mansour and Israeli Ambassador Erdan.

Before I address what we’ve just heard, I want to briefly comment on the content of these monthly meetings. The monthly agenda calls for a briefing on “the situation in the Middle East, including the Palestinian question.” This Council spends a great deal of time on the Israeli-Palestinian conflict, which is both understandable and consistent with the agenda. But far too often, the substance of these discussions is centered almost entirely around criticism of Israel and counterattacks. I sincerely hope that going forward, Council members will do their best to take a more balanced approach. Also, there are other countries and situations in the region that merit Security Council attention and should not be neglected.

That said, all of us here care sincerely about providing a better future for both Israelis and Palestinians alike. This is a complex crisis with deep suffering on both sides. Along with bringing balance to these discussions, we need to reflect on which actions truly take us closer to the goal of peace.

The first step toward resolving any conflict is frank and direct dialogue. So, the United States supports the resumed, direct contact between Israeli and Palestinian leaders. To that end, we also welcomed the re-engagement between Israeli and Jordanian leaders, as well as the progress from the Abraham Accords. I had the opportunity to sit down with Prime Minister Bennett last month for a productive discussion about the challenges and opportunities facing Israel here in the UN system. We’ve also been engaging with the Palestinian partners, and Deputy Assistant Secretary of State Amr recently traveled to the West Bank to meet with President Abbas. Gaza continues to have an acute need for humanitarian relief and recovery. Humanitarian actors need regular, predictable, and sustained access to Gaza.

Member States should provide financial, as well as material assistance, to help meet the people of Gaza’s needs. That includes funding UNRWA, so the organization can continue to run schools and health services that support Palestinian families. The United States provided more than $318 million to UNRWA this year – but it still faces a shortfall roughly of $100 million. We applaud Kuwait’s recent contribution of $21.5 million to the agency. And we encourage others to follow Kuwait’s example and help ensure the continuation of vital services for Palestinian refugees.

At the same time, we need to see UNRWA undertake the necessary reforms to ensure its financial sustainability. And we will work with UNRWA to strengthen the Agency’s accountability, transparency, and consistency with humanitarian principles, including neutrality. As the international community moves to increase its assistance to the people of Gaza, we call on Hamas to cease its cruel detention of two Israeli civilians. Civilians are not pawns.

Similarly, we urge Hamas to return the remains of two Israeli soldiers to their families. I met with Leah Goldin, the mother of one of these soldiers, in June. And I have to say, I was deeply moved by her account of the unnecessary suffering caused by this outrageous act. This is really a matter of basic human decency, and Mrs. Goldin’s son’s remains should be returned to her family to bring her closure.

We are deeply concerned by the violence perpetrated by Israeli settlers in the West Bank against Palestinians and their property. Reports of masked men terrorizing a village in Hebron, destroying homes and injuring children on September 28, and similar acts elsewhere in the West Bank, are abhorrent. We appreciated the strong and unequivocal condemnation of this violence by Foreign Minister Lapid, Defense Minister Gantz, and others in the Israeli government. We call upon the Israeli authorities to investigate these incidents fully, including the response by Israeli security forces. This kind of violence diminishes the freedom, dignity, security, and prosperity of Palestinians and Israelis alike. It stands in the way of peace.