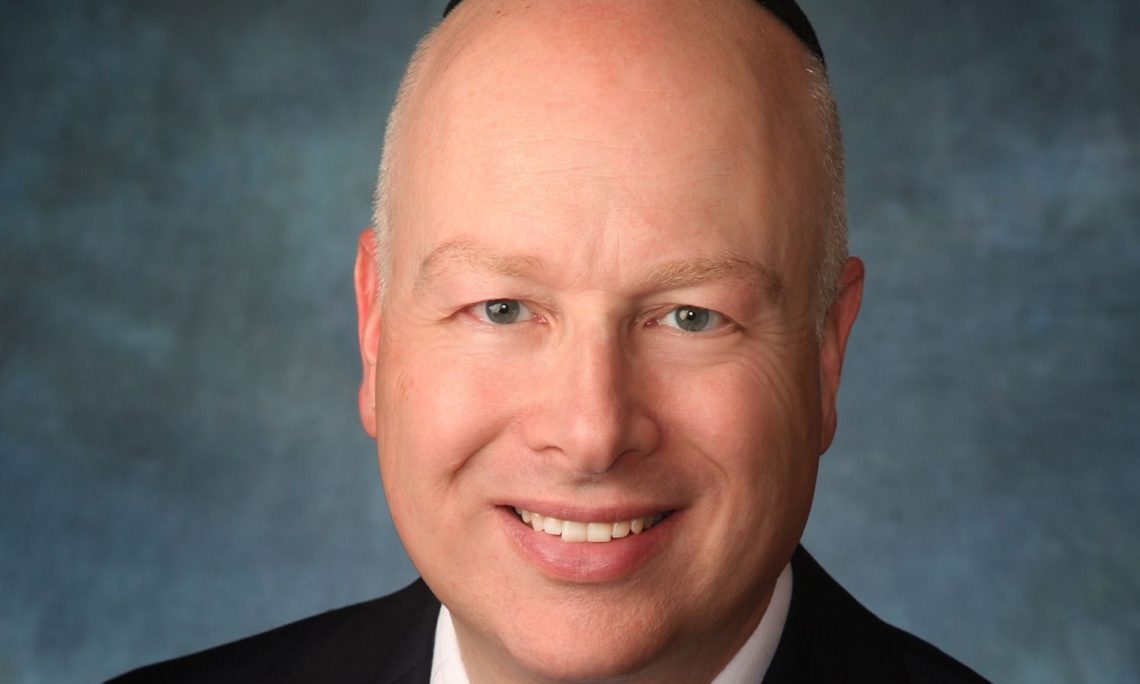 Good afternoon.  I want to express my appreciation to the United Nations for hosting us today.  My thanks also go to my friend, Norwegian Foreign Minister Borge Brende, for chairing this meeting and for Norway’s strong and determined leadership on this critical issue.

It is a privilege to be in the presence of so many friends and colleagues working to build a better future for Israelis and Palestinians.  I’m particularly pleased to see Palestinian Authority Deputy Prime Minister Ziad Abu Amr and the PA delegation, including Finance Minister Shukry Bishara, and Israeli Minister of Regional Cooperation Tzachi Hanegbi and the Israeli delegation here with us today. Your continued engagement is critical for our work.

As President Trump has made clear, the United States is deeply committed to achieving an Israeli-Palestinian peace agreement.  Since this forum last convened in Brussels this past May, we have continued our deliberations with the leaders of both sides on potential steps to reach a comprehensive peace agreement.  We have also had multiple meetings with leaders in the region. While a great deal more work remains to be done, discussions remain serious and constructive.

It is no secret that our approach to these discussions departs from some of the usual orthodoxy – for after years of well-meaning attempts to negotiate an end to this conflict, we have all learned some valuable lessons.  Instead of working to impose a solution from the outside, we are giving the parties space to make their own decisions about their future.  Instead of laying blame for the conflict at the feet of one party or the other, we are focused on implementing existing agreements and unlocking new areas of cooperation which benefit both Palestinians and Israelis.  And while we have been careful to ensure our discussions with the parties remain private, we are eager to increase our cooperation with our AHLC partners – for we are stronger working together than working at cross purposes. I would like to express my deep gratitude to those countries who have reached out to us to say “how can we help,” with no expectations of anything – only a genuine willingness to share their time, money, and expertise to help us solve this issue.

The breadth of leadership gathered here today stands as a testament to your commitment to creating an environment conducive to peace.  The key, now, is channeling this energy into concrete steps to move this process forward.

When we met in Brussels, many of us in this room highlighted the importance of improving the humanitarian situation in Gaza and working to develop the Palestinian economy – both to improve the lives of ordinary Palestinians and to help build trust between the parties.  And, while we have made some important progress on this front, including concluding a pricing agreement on the Red-Dead water sales and advancing an important agreement on electricity, much more work remains to be done.

First, we must finish what we have started.  That is why, in the coming days and weeks ahead, our hope is that the parties will focus their efforts on delivery of additional water, which is desperately needed in the West Bank and Gaza.  The time has also come to close out negotiations on the electricity deal by completing the Power Purchasing Agreement.

Another area on which the United States and our partners are focused is wastewater treatment and reuse in the West Bank and Gaza.  Millions of liters of untreated wastewater flow into Israel, the West Bank and Gaza each year, devastating the environment and imposing unnecessary hardship on both sides. Contaminated water is the single largest cause of illness and disease among infants in Gaza – think about that for a moment.  Parents in Gaza cannot even give their children a drink of water without exposing them to significant risks.

Finally, we will engage the parties to advance projects that are currently stuck in the approval process and develop a mechanism to fast track future projects that fall under the scope of the strategy – addressing issues such as permits, land ownership, and pricing.  The United States looks forward to working with international leaders in wastewater treatment to ensure that this initiative is a success.

Together, we can make this a model of cooperation between Israelis, Palestinians and the donor community, and apply it to other areas to the benefit of all.  The Palestinian Authority is still dependent on international donors and is unable to afford important services which Israel is willing to provide – so I encourage all of us to work with the parties, in a coordinated manner, to reduce fiscal losses and ensure that the Palestinian Authority collects the taxes it is owed.  USAID is already working on a program to improve fiscal data sharing between the Israelis and Palestinians governments, but we will need commitments from both parties and the support of the donor community to fully realize the benefits of this process.

Let us use this next year to improve the movement of Palestinian goods and people.  Thanks to the work done by USAID, I have seen the benefits of interconnectivity between the Israeli and Palestinian economies firsthand.  The crossing point at Jalameh/Gilboa is a model that should be replicated all along the West Bank and Gaza. The ability to travel to Jenin from Gilboa and vice-versa has changed lives, as hundreds of millions of dollars have flowed into the local Jenin economy and Jenin has been integrated into the regional economy. This new paradigm has made a very significant impact to those living in Jenin and the surrounding areas.

I would like to thank the Government of Israel for taking the important step of extending the Allenby Bridge hours during Ramadan this year and committing to further extensions, infrastructure upgrades and process improvements next year which will have even greater benefits.  The bridge is a vital conduit for the Palestinian people and represents the increased opportunities we all want for them.  Let’s build on this progress by working to eliminate obstacles and increase trade between the Jordanians, the Palestinians, and the Israelis.   Improved trade is a critical part of improving the Palestinian economy and will increase revenues and the financial stability of the Palestinian Authority.

Finally, the time has come to stop monitoring the situation in Gaza and start changing the situation in Gaza.  For too long, Hamas has exploited the people of Gaza as hostages and shields, bullying them into submission.  Hamas rules by the fist, instead of by improving the lives of the people it purports to govern. Hamas continues to divert money belonging to the Palestinians of Gaza — including funds provided by international donors — and uses these funds to build terror tunnels, missiles and for other nefarious uses.  This has a huge impact on Gaza’s development, as major electricity and water projects which could radically transform the humanitarian situation in Gaza are on hold because Hamas refuses to pay the Palestinian Authority for the services it already provides.  That’s why it’s time for the Palestinian Authority to take control of Gaza – and for the international community to take steps to help this happen.  Relief from the suffering in Gaza can only be found when all interested parties gather together to help the Palestinian people and isolate Hamas.  No group or country should interfere in this process— which would only exacerbate the problem, continue to cause suffering in Gaza, and undermine any real chance for peace.

Now, we know that the truth is none of these priorities will be easy to implement—but that is of course standard operating procedure when you’re working with this portfolio.  Both sides will have to be willing to make sacrifices to get them done.  And this will not succeed without the on-going and sustained support of international donors.  But these are the kinds of steps that, if implemented, could create an environment which will allow successful peace negotiations to go forward.

As I walked over today, I noticed the nearby Isaiah Wall on which is inscribed the well-known biblical verse from the prophet Isaiah, a verse I learned when I was a child: “and they shall beat their swords into plowshares, and their spears into pruning hooks. Nation shall not lift up sword against nation, neither shall learn war anymore.”

Ladies and gentlemen, friends and colleagues, despite the uncertainties and inevitable challenges we face, we are here because we share a vision of peace and prosperity for both Israelis and Palestinians.  I look forward to working with you all to make that vision — and the vision of Isaiah — a reality.  Thank you very much.