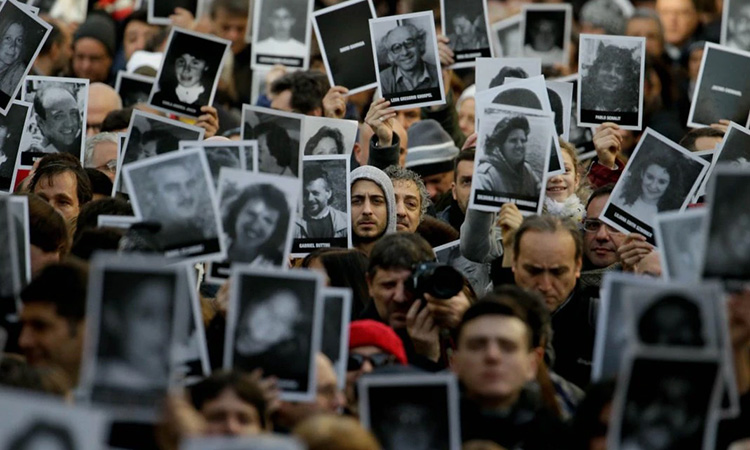 Today brings a moment of somber reflection for the victims and survivors of two heinous Hizballah attacks: the 1994 bombing of the Asociación Mutual Israelita Argentina (AMIA), a Jewish community center in Buenos Aires, Argentina, and the 2012 attack on a tour bus in Burgas, Bulgaria, carrying Israeli tourists. The two Hizballah attacks, carried out with Iranian support, devastated hundreds of families.

The single deadliest antisemitic attack in more than half a century, the AMIA bombing underscored Hizballah’s global ambitions and is a clear example of Iran’s support of international terrorism. High-level Iranian government officials were directly implicated in the attack, and Hizballah carried it out at the direction of the Iranian regime. While no one responsible for the attack has been brought to justice, the United States believes all Argentines deserve to have those responsible held accountable for this despicable and cowardly attack.

Eighteen years later, Hizballah murdered five Israeli tourists and a Bulgarian bus driver in a bomb attack in Burgas, which also injured 45 Israeli youth traveling on the bus. While Bulgarian courts convicted two Hizballah operatives in absentia in connection with the bombing, justice has yet to be served.

The United States is committed to countering Hizballah and Iran’s malign influence. The funding, training, weapons, and other support Iran provides Hizballah support complex and heinous terrorist attacks like these. The callous murder of civilians must not stand. With our support, more than a dozen countries across Europe, South America, Central America, and the Pacific have issued national level designations, bans, or other restrictions against Hizballah. We urge more countries to take similar measures, which make it harder for the group and its backers in Tehran to threaten peace and security around the globe.