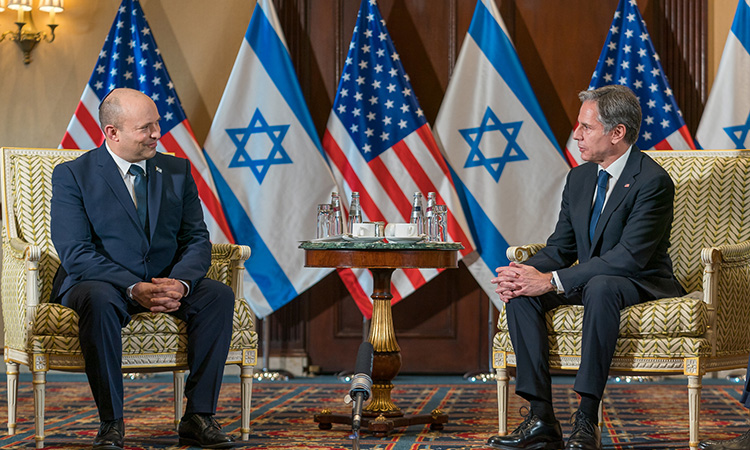 READOUT
OFFICE OF THE SPOKESPERSON
AUGUST 25, 2021

The below is attributable to Spokesperson Ned Price:

Secretary of State Antony J. Blinken met with Israeli Prime Minister Naftali Bennett today in Washington, D.C. Secretary Blinken and Prime Minister Bennett emphasized the importance of the U.S.-Israel partnership and discussed regional security issues, including Iran. The Secretary and the Prime Minister underscored our strong bilateral relationship, and the Secretary reiterated the U.S. commitment to Israel’s security. The Secretary also emphasized that Israelis and Palestinians alike deserve equal measures of freedom, prosperity, and dignity, which is important in its own right and as a means to advance prospects for a two-state solution. Secretary Blinken and Prime Minister Bennett agreed on the importance of working toward Israel’s inclusion in the Visa Waiver Program in order to benefit both U.S. citizens and Israeli citizens.