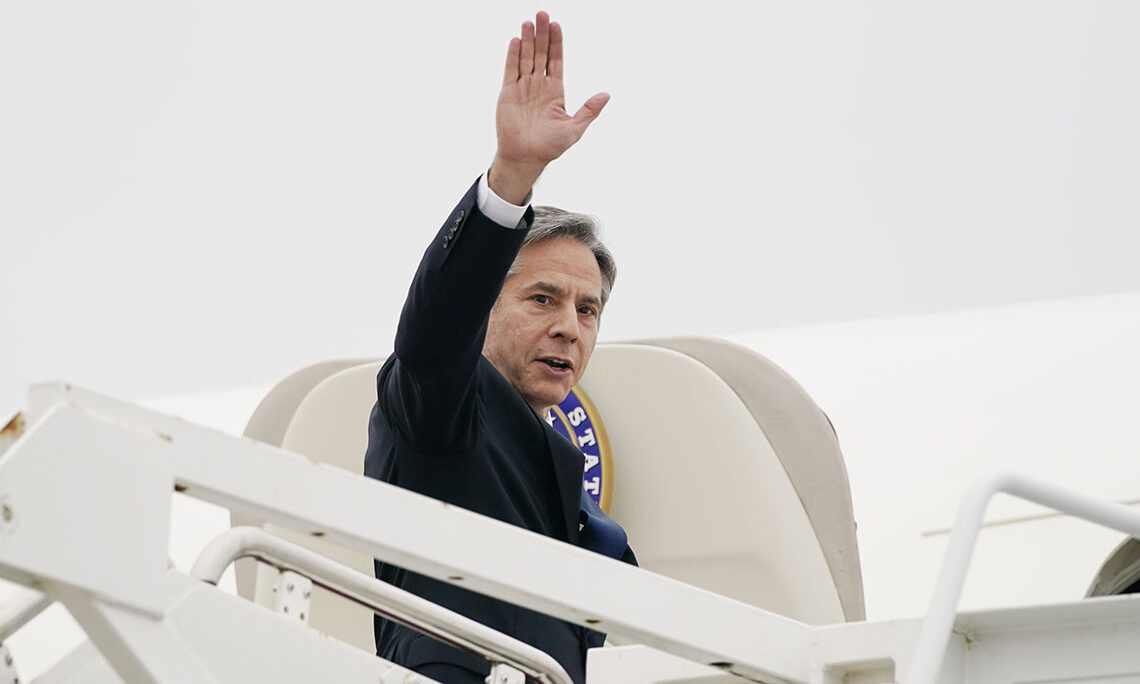 Secretary of State Antony Blinken waves as he departs, Monday, May 24, 2021, at Andrews Air Force Base, Md. Blinken is en route to the Middle East. (AP Photo/Alex Brandon, Pool)

Secretary of State Antony J. Blinken will travel to Israel, the West Bank, Morocco, and Algeria March 26-30 to consult with partners on a range of regional and global priorities, including the Russian government’s war on Ukraine, Iran’s destabilizing activities, the Abraham Accords and normalization agreements with Israel, Israeli-Palestinian relations, and preserving the possibility of a two-state solution to the Israeli-Palestinian conflict, among other topics.

In Morocco, he will meet with Foreign Minister Nasser Bourita and other senior government officials to exchange views on regional issues and bilateral cooperation, as well as advancing human rights and fundamental freedoms. The Secretary will also meet with exceptional Moroccan alumnae of U.S.-sponsored exchange programs.

The Secretary will then travel to Algiers, Algeria for meetings with President Abdelmadjid Tebboune and Foreign Minister Ramtane Lamamra to discuss regional security and stability, commercial cooperation, advancing human rights and fundamental freedoms, and other areas of mutual concern. The Secretary will also officially inaugurate the United States as the Country of Honor at the Algiers International Trade Fair, the largest trade show of its kind in Africa. He will meet with U.S. business representatives in Algeria to discuss deepening economic ties and promoting U.S.-Algeria trade and investment.

During the course of his trip, the Secretary will emphasize to all of the foreign leaders he meets that the United States stands in solidarity with the government and people of Ukraine in the face of the Kremlin’s aggression. We will continue to work closely with our allies and partners to impose further costs on Putin and his enablers if Putin does not change course.