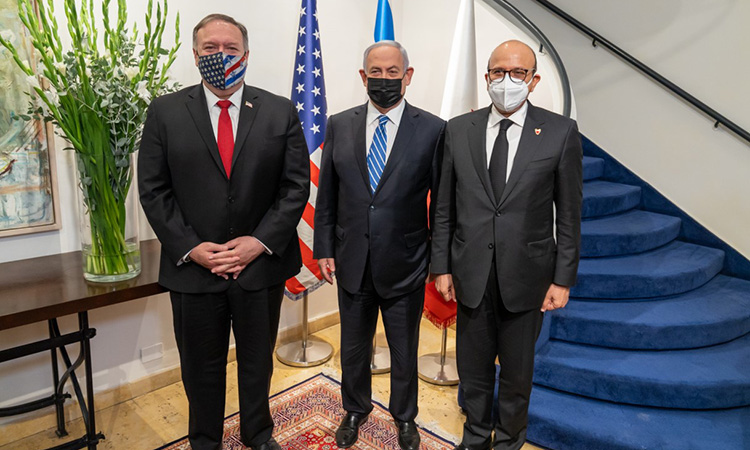 OFFICE OF THE SPOKESPERSON
NOVEMBER 18, 2020

The below is attributable to Principal Deputy Spokesperson Cale Brown:

Former Secretary of State Michael R. Pompeo met today with Israel’s Prime Minister Benjamin Netanyahu and Bahrain’s Foreign Minister Dr. Abdullatif bin Rashid Al Zayani in Jerusalem, Israel. The three leaders discussed the historic Abraham Accords, which Israel and Bahrain recently signed, and the path to peace, stability and security in the region. Secretary Pompeo reiterated strong U.S. support for the normalization of ties between the State of Israel and the Kingdom of Bahrain, and commended steps to embrace the Abraham Accords and advance peace in the region.