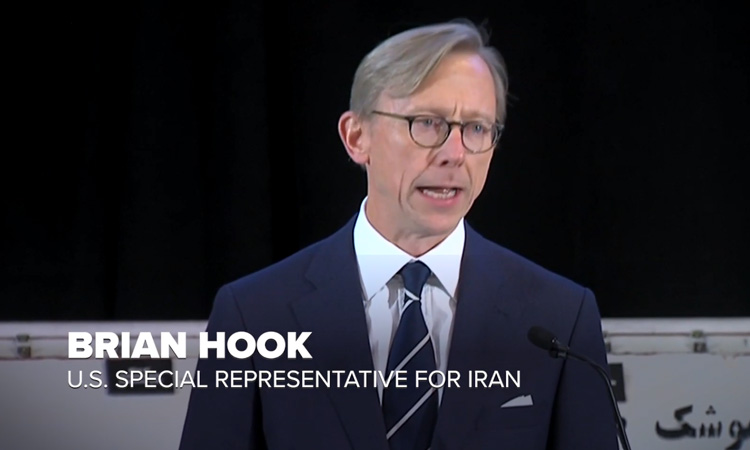 Standing in front of an Iranian Sayyad 2C surface-to-air missile and fragments of a Qiam ballistic missile that Houthi rebels in Yemen fired at Saudi Arabia, Brian Hook, the U.S. special representative for Iran, called them evidence of “state-sponsored, revolutionary terrorism.”