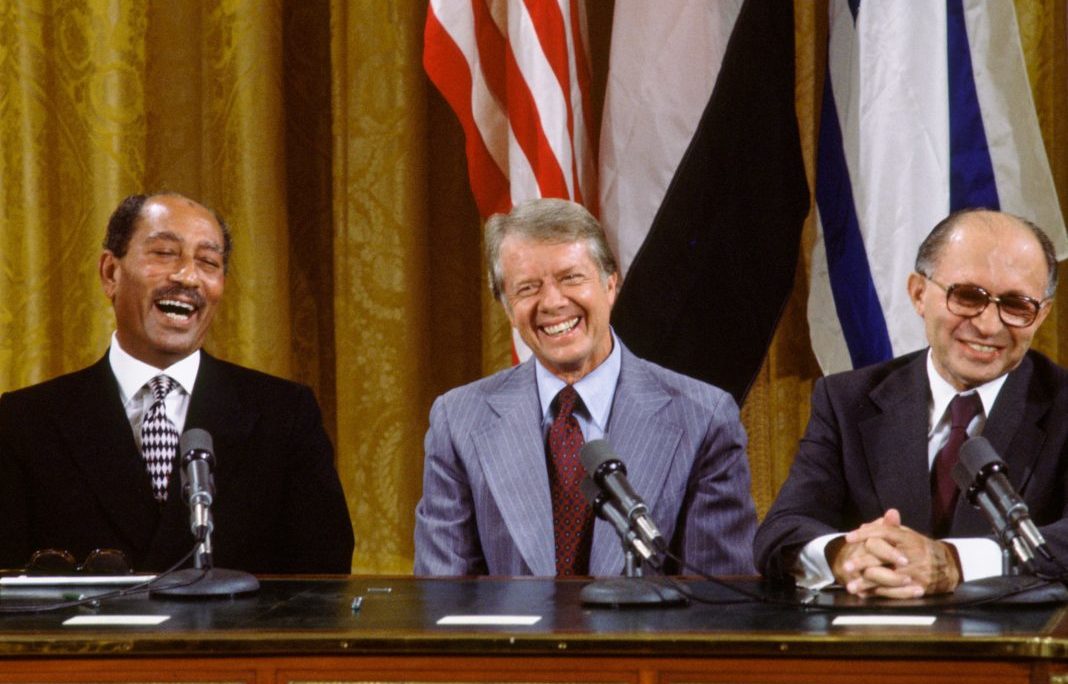 Modern Egyptians and Israelis continue to reap the benefits of the progress made there.

After 12 days of negotiations between Sadat and Begin with Carter serving as mediator, the two leaders signed the Camp David Accords on September 17, 1978. That earned Sadat and Begin a shared Nobel Peace Prize, and also led to the 1979 Egypt-Israel Peace Treaty.

Michael Singh, a Middle East policy expert at the Washington Institute for Near East Policy, described how the Accords reshaped the region’s political landscape.

“The Camp David Accords marked a vital transition for Egypt and Israel and the broader region, from a state of near-constant conflict to an era of peacemaking,” he said. “While the region still has serious problems, the Accords helped to usher in greater prosperity for people on all sides and eliminated a major threat to regional peace and stability.”

In the years before Camp David, four major wars erupted between Egypt and Israel. In the 40 years since, the two countries have remained at peace — saving countless lives.

The Accords ensured that both Egypt and Israel achieved their primary goals: Egypt regained the Sinai Peninsula that Israel had captured during the Six-Day War in 1967, while Israel received its first formal recognition from an Arab state.

The Accords also created stronger security and economic relationships between the United States and the parties to the agreements. “Today, Egypt and Israel are two of the United States’ closest security partners, not just in the region but in the world,” Singh said.

During the past 40 years, Egypt and Israel have established important trade ties with each other in agricultural technology, tourism and energy development, as well as military and intelligence cooperation.

Getting to ‘yes’ — and its aftermath

It’s easy to take the Accords’ benefits for granted now, but when negotiations were underway at Camp David, the outcome was far from certain.

Carter, however, was determined that the two parties should reach an agreement. So he took a personal approach to the often-tense discussions.

He inquired about Begin’s grandchildren, moving the Israeli leader to reflect on the need to improve conditions for the future. Carter even took Sadat and Begin to visit the Gettysburg National Military Park, using the American Civil War as a simile for Egypt’s and Israel’s struggles.

Although the Accords didn’t suddenly erase Arab-Israeli discord, the agreement created a foundation that 21st-century diplomats can build on, Singh said.

“The Camp David Accords embody a model for peacemaking that remains highly relevant today — determined leadership combined with an ability to see beyond narrow issues on the table and envision the benefits that peace and stability would bring,” he said. The Accords “teach us that diplomacy can bring not only an end to war, but greater prosperity and opportunity for all involved.”