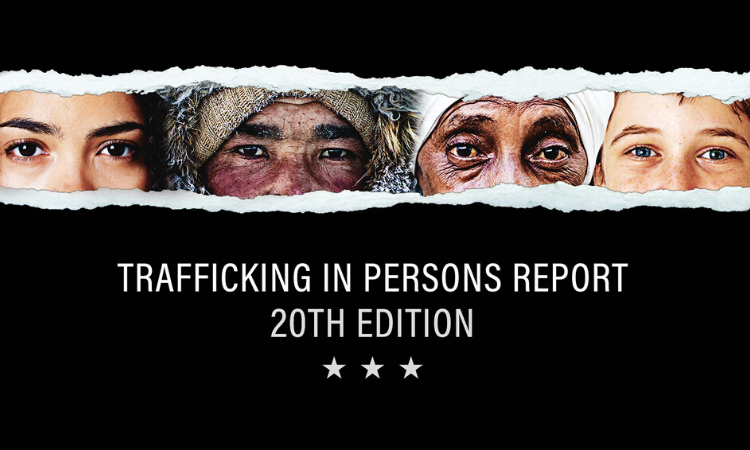 We are presenting the report in a PDF version only at this time. We will provide a 508-compliant PDF and an HTML version as soon as they are available.  View the report  →

Former Secretary Pompeo, joined by Ivanka Trump and Ambassador John Cotton Richmond, unveiled the 2020 Trafficking in Persons Report and honored TIP Report Heroes on June 25 at the State Department. The report assesses government efforts around the world to end human trafficking. This year’s TIP Report celebrates 20 years of progress and paves the way for advancement in the fight to end trafficking.

The Trafficking in Persons (TIP) Report is the U.S. Government’s principal diplomatic tool to engage foreign governments on human trafficking. It is also the world’s most comprehensive resource of governmental anti-trafficking efforts and reflects the U.S. Government’s commitment to global leadership on this key human rights and law enforcement issue. It represents an updated, global look at the nature and scope of trafficking in persons and the broad range of government actions to confront and eliminate it.

“We will work tirelessly in the United States to free those who are still enslaved. We will help restore the lives of those who have been freed. And we will punish their tormentors.” – Secretary of State Michael R. Pompeo