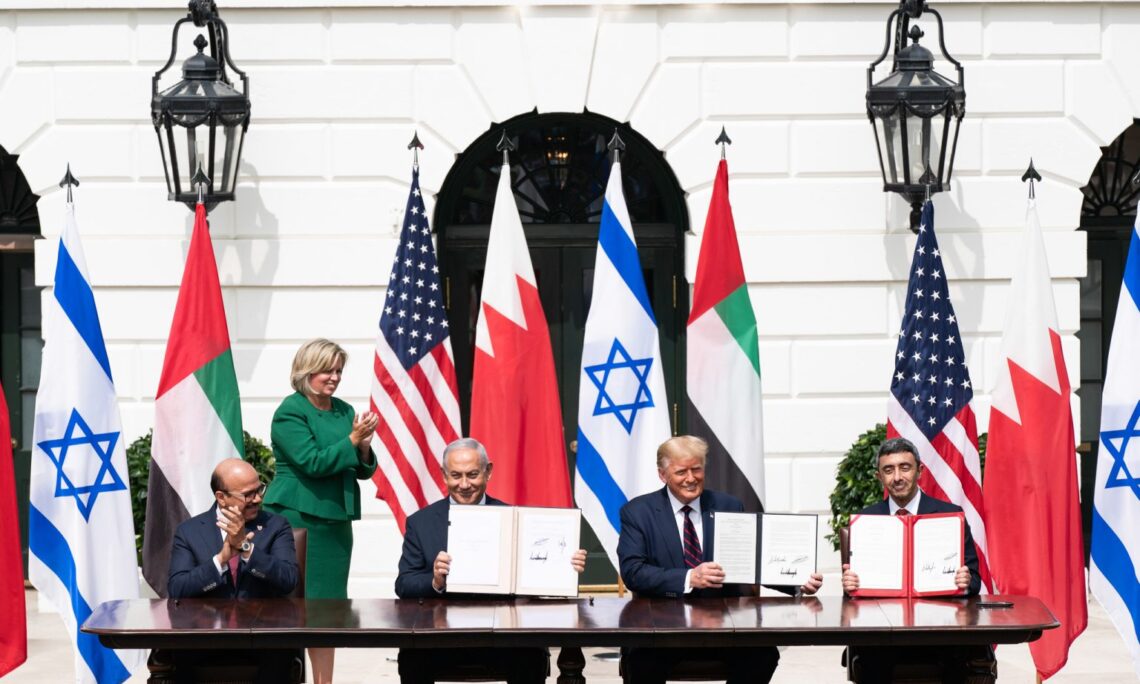 Prospects for Middle East peace are gaining momentum as the United States has brokered an agreement to normalize relations between Israel and the Kingdom of Bahrain. The deal is the second in a month after the United Arab Emirates agreed to normalize ties with Israel in August.

“I want to thank the leaders of Israel and Bahrain for their vision and courage to forge this historic agreement,” Trump said. “Their leadership is proving that the future can be filled with hope and does not need to be predetermined by conflicts of the past.”

Trump said there is “tremendous enthusiasm” in the Middle East for the agreements and added he is hopeful other Arab countries will take similar steps.

He described reaching a peace deal on the anniversary of the September 11, 2001, terrorist attacks as a powerful response to the hatred that spurred that tragedy.

Leaders from Israel, Bahrain and the United Arab Emirates joined President Trump at the White House on September 15 to commemorate these agreements.

U.S. officials say the recent agreements will advance prosperity in the Middle East. Under the new deal, Bahrain and Israel will exchange embassies and ambassadors and start direct flights between the two countries. The countries will cooperate on a broad range of issues, including health, business, technology, education, security and agriculture.

The deal between Israel and Bahrain comes less than 30 days after Trump brokered a similar agreement between the United Arab Emirates and Israel. Bahrain is now the fourth Arab country to agree to establish diplomatic ties with Israel. Egypt took that step in 1978 and Jordan followed suit in 1994.

Promoting Middle East peace has been a major priority for the Trump administration. In June 2019, the White House unveiled a $50 billion “Peace to Prosperity” plan to create jobs for the Palestinian people and promote investment in the region.

“As the President laid out at the beginning of this Administration, he would strengthen America’s friendships and build new partnerships in pursuit of peace,” Pompeo said in a September 11 statement. “He kept his promise.”