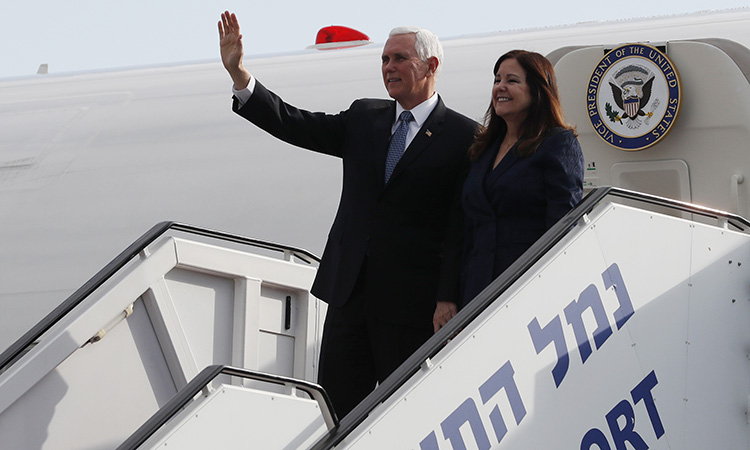 U.S. Vice President Mike Pence waves as he disembarks from a plane with his wife Karen upon their arrival at Ben Gurion International Airport to attend the World Holocaust Forum at the Yad Vashem memorial centre, near TTel Aviv, Israel, Thursday, Jan. 23, 2020. (Ammar Awad/Pool Photo via AP) 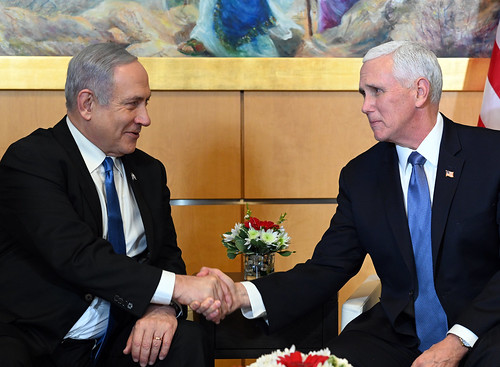 Today we commemorated the 75th anniversary of the liberation of Auschwitz. We have the responsibility and the power to ensure that what we remember today can never happen again. https://t.co/JEPKKNzbBm

Mike Pence, Vice President of the United States, disembarks his airplane after landing in Ben Gurion Airport in Israel, on January 23, 2020. VPOTUS was met by the U.S. Ambassador to Israel, David Friedman. On the Israeli side, he was greeted by Israeli Foreign Minister Israel Katz, the Foreign Ministry Director-General Yuval Rotem and Ambassador Meron Reuben, the Chief of State Protocol

We mourn with those who mourn and grieve with those who grieve. We remember the names and the faces and the promise of the 6 million Jews who were murdered in the Holocaust. And today, we also pay tribute to those who survived to bear witness to such evil. pic.twitter.com/Rd10xqyhxO

Live from @yadvashem! Dozens of World Leaders are gathering NOW in #Jerusalem to commemorate the 75th anniversary of the liberation of #Auschwitz as part of the World Holocaust Forum's “Remembering the Holocaust: Fighting Antisemitism.” Join us for this historic event!#WeRemember #NeverAgain