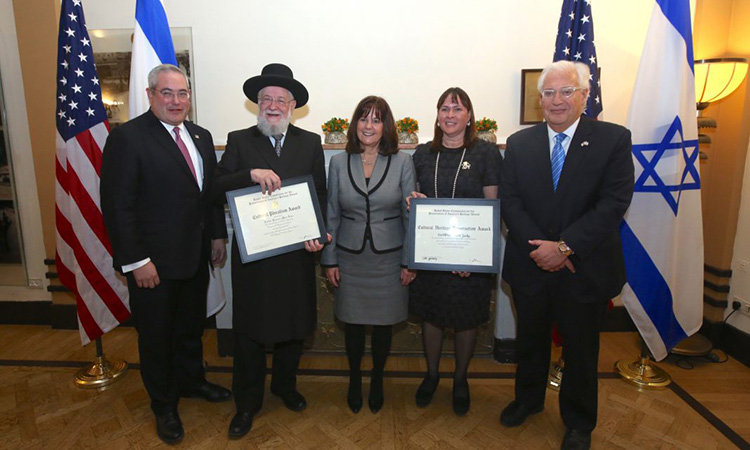 In a ceremony in Jerusalem, Karen Pence, the wife of the vice president of the United States, honored two Israelis who are active in ensuring the world never forgets the horror of the Holocaust.

The ceremony, in commemoration of International Holocaust Remembrance Day, was held shortly after Vice President Pence’s January 22 speech at the Knesset, Israel’s legislative body. Israel was the last stop in the vice president’s trip to the Middle East.

Yacoby presented the vice president’s wife, an artist and educator who champions art therapy, a memorial candle with the details of an artist who perished during the Holocaust, Friedl Dicker-Brandeis.

In a tweet, the second lady said she was “honored to help the United States Commission for the Preservation of America’s Heritage Abroad with the recognition of two citizens of Israel for their extraordinary contributions in advancing the cause of Holocaust remembrance.”

The commission is an independent agency charged with identifying cemeteries, monuments and historic buildings in Europe that are associated with the heritage of U.S. citizens.